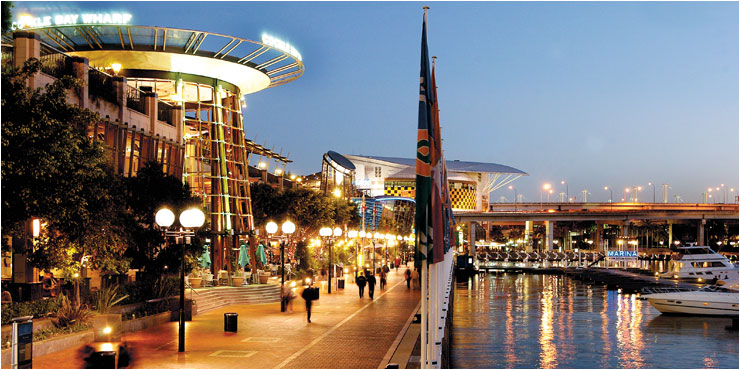 The IMAX Theatre Sydney in Darling Harbour uses the IMAX film system, which is the largest and most exciting film format in the world. With crystal clear images, ten times larger than the traditional cinema format the IMAX film experience draws you in with pictures so real you want to touch them, so powerful you can feel them. The giant film frames offer far greater resolution than 35mm film and all existing digital cinema projection systems (including IMAX Corporation's own digital multiplex cinema IMAX systems).

The IMAX film experience takes an image rich in clarity and definition, throws it onto the world's biggest screen and wraps the viewer in digital surround sound. The theatre screens films in 2D and 3D for a truly breathtaking movie going experience.

The History of IMAX

It all began when a small group of Canadian experimental filmmakers came together to produce a multi-screen film installation at EXPO ‘67 in Montreal. Read More

What makes IMAX so special?

You too can sound like an IMAX expert with this behind-the-scenes cheat sheet on what makes IMAX so different from the rest! Read More

It is going to the theatre to forget you’re at the movies. Sitting there, without the slightest doubt, convinced you’re someplace else. Read More