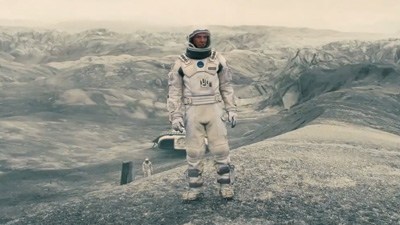 Experience it ONE LAST TIME in IMAX

From the director that brought you The Dark Knight Trilogy and Inception, came Interstellar.

In the future, governments and economies across the globe have collapsed, food is scarce, NASA is no more, and the 20th Century is to blame. A mysterious rip in spacetime opens and it's up to whatever is left of NASA to explore and offer up hope for mankind.

Mainly based on the scientific theories and script treatment of renowned theoretical physicist, Kip Thorne.

RETURNING FOR OUR FINAL WEEKEND in 1570 FILM - 5 SHOWS ONLY

Check out the Interstellar IMAX TV Spot below: More on the world's biggest screen