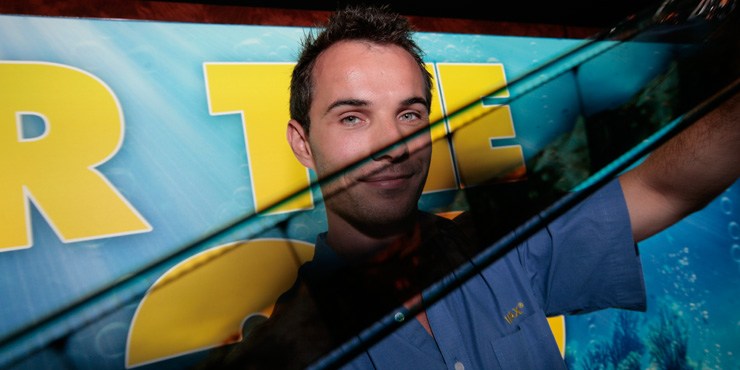 What makes IMAX so special?


You too can sound like an IMAX expert with this behind-the-scenes cheat sheet on what makes IMAX so different from the rest!

The content being shown in an IMAX theatre is significantly better than the content playing at another cinema. The secret sauce in the IMAX mix is DMR – or Digital Re-mastering – a transformative process invented by IMAX Corporation. This is IMAX’s proprietary method of turning an already powerful movie into a breathtaking IMAX blockbuster with unparalleled image and sound quality. IMAX spends months on location and in the editing room of its DMR facilities with the director and technical teams of each film – planning the shots, re-mixing the sound, meticulously adjusting the saturation, contrast, brightness and hundreds of details in virtually every frame to present the film at its best.

It’s often done after the film is shot, but leading directors are increasingly asking IMAX to join the moviemaking process from the very start. For a growing number of Hollywood movies, IMAX is part of the film’s DNA.

That means, oftentimes, an IMAX movie is conceived as an IMAX movie – with the filmmaker working with IMAX to decide which parts, for example, should be shot with an IMAX camera, what kinds of techniques make the most of the IMAX screen, sound and theatre, and how the drama should unfold to take advantage of IMAX’s larger format, richer color, sheer scale and impact.

When a technology undergoes a radical improvement, what’s the best way to transition? Some jump on the bandwagon right away and – briefly – have the bragging rights. Others do the homework, sweat the details, and wind up with the system that sets the standard for years to come. This is how we’ve always worked.

The integration of digital into our projection systems is an example. IMAX invented a revolutionary film projection system – one that remained the highest quality in the industry for the past 40 years. As digital entertainment emerged, IMAX began to face the next challenge: how do we make digital technology that goes above and beyond this quality product we are known for? That’s simple: by focusing on the value this new format would bring – its greater precision, clarity and perfection of image quality. These are the qualities that IMAX digital projection systems bring to bear. And we only continue to improve that offering.

A surprisingly large part of the IMAX experience is the sound.  That’s what makes an IMAX movie visceral. You don’t just see an IMAX film, you feel it in your bones.

One reason is the sheer power of the custom, patented speaker system in an IMAX theatre. Another is the wider frequency response – which means higher highs and lows so low they’re as much vibrations as sounds.

It’s also important to understand that what makes great sound so elusive is the fact that sound is altered by the listening environment and the medium used to deliver it. Simply stated, sound is affected by the room in which the listener sits as well as the quality of the source of the sound. IMAX has patents on theatre geometry that can control these variables - the shape, angles and dimensions are specific to IMAX. The theatre architecture has been customized and enhanced– with better soundproofing and more effective placement of the speakers. This allows us to create an optimum listening environment and deliver a result so precise that you can hear a pin drop from across the room – and know exactly where it fell.

Finally, in an IMAX film, the soundtrack itself has been enhanced. Because of our proprietary Digital Re-mastering process, the sound of the original movie was re-mixed in post-production to recapture its full dynamic range, tweaked to make it brighter, crisper – and more exhilarating or scarier, depending on the context. This takes full advantage of the unique, responsive sound system in an IMAX theatre.

The obvious difference in an IMAX theatre is the large screen – it literally spans from floor to ceiling and wall to wall. But that’s just the tip of the iceberg. In fact, the screen isn’t simply bigger, it’s also shaped differently – not only wider but higher and curved, as well– which creates an immersive experience no matter where you’re seated.  The very material of the screen is also different, more reflective and brighter.

Then there’s what we call the theatre geometry, which refers to the shape of the auditorium and how the seats are placed.  Most movie auditoriums are long and narrow, to get the most people in, with the screen way off at the far end.  The distinctive shape of an IMAX theatre is designed to bring the audience not only closer to the screen, but better-positioned in relation to it.  The result is an image that’s wider and higher than your field of view; a picture that’s immersive because you’re not aware of where it ends.  And that, in turn, is what gives you the feeling you’re part of the action, out among the stars, not just peeking into a scene.

One final part of the picture is IMAX’s patented Digital Re-mastering process and projection system.  Because you’re much closer to the screen the picture has to be that much sharper – even while it’s also bigger than life. And that calls for enhanced content that plays through a custom digital projection system– or actually a set of two – that produces a picture that’s not just sharper from edge to edge but also brighter.  And that’s important because your eyes perceive a brighter picture – and a sharper one as well.

IMAX has been revolutionizing the 3D moviegoing experience for more than two decades.

The difference between IMAX 3D and regular 3D is as vast as the difference between an IMAX movie and an ordinary one.  And it’s even more immersive, since – as with everything we do – we take 3D further. The director, for example, is likely to incorporate IMAX 3D as an integral way to tell the story – framing scenes to take advantage of it and gripping audiences in the process. And that’s not surprising, as directors come to IMAX for the extraordinary visual effects – including 3D – that IMAX movies make real.

The IMAX 3D projector delivers 3D images of unsurpassed brightness and clarity, unlike any other 3D technology available today. IMAX 3D takes advantage of the fact that we see the world through two eyes. An IMAX 3D movie actually consists of two separate images projected onto a special silver-coated IMAX 3D screen at the same time. One image is captured from the viewpoint of the right eye, and the other shows the viewpoint of the left eye. IMAX 3D glasses separate the images, so the left and right eyes each see a different view. Your brain blends the views together to create an amazing three-dimensional image that appears to have depth beyond and in front of the screen.

Then there are all the other things we do to enhance an IMAX movie: the lengthy post-production process (we call it Digital Re-mastering, or DMR) that fine tunes the color, the soundtrack, and hundreds of other details in virtually every frame to present the film at its best.

The fact is there are more dimensions of every kind in an IMAX movie.  And 3D is just one of them (or maybe three of them.)

The technical term for the proportional relationship between an image’s width and its height is called aspect ratio. Most films today are presented in an aspect ratio called CinemaScope (2.40:1); it was the newest thing in movie making in 1953 – and it’s still the standard today. When a film is presented in CinemaScope it is cropped and uses only part of the image the movie camera captures. This is the reason most ordinary screens are very wide but not particularly high – like looking at the world through a narrow slit.

And when this image is projected onto an IMAX® screen, which isn’t simply larger; but also curved, taller for its width and positioned closer to the audience than ordinary screens, the result provides you with a full panoramic view that fills your peripheral vision more than any other cinematic experience. That’s why, when you watch an IMAX movie, it feels like it’s all around you.

IMAX’s aspect ratio is just one of the reasons The IMAX Experience® is so different – why you feel like you’re inside the action, not just watching it.

Parts of select Hollywood movies (including The Dark Knight, Transformers: Dark of the Moon, Mission: Impossible – Ghost Protocol and The Dark Knight Rises) – and all of our documentary films – are shot with proprietary IMAX cameras, the highest-resolution cameras in the world. The resolution and aspect ratio of these sequences are optimized for the IMAX screen, allowing the picture to expand to fill the entire screen and provide an even more immersive experience.

Among other differences, the IMAX camera uses 70 millimeter film – twice as wide as what’s used in ordinary cameras – and special, custom lenses to capture a unique IMAX image.  Seventy-millimeter film yields an extraordinary negative, brilliantly sharp, with a wider, more subtle color “gamut” and the richness many directors say only comes from film.

It isn’t a small camera, but thanks to IMAX engineering it’s travelled from the deepest depths of the ocean to the outer edges of space – and a specially configured, lighter version climbed to the top of Mount Everest.

Even better for filmmakers, IMAX is expanding its repertoire of capturing tools by perfecting a next-generation 2D and 3D Digital camera.  It will be small and nimble enough to go anywhere. It will also be hand-held, take longer shots. Directors will be able to work without interruptions, because there’s no film to change, yet still deliver quality that’s a match for the beauty of film. And as the technology develops, we expect it will ultimately go far beyond what film can do.